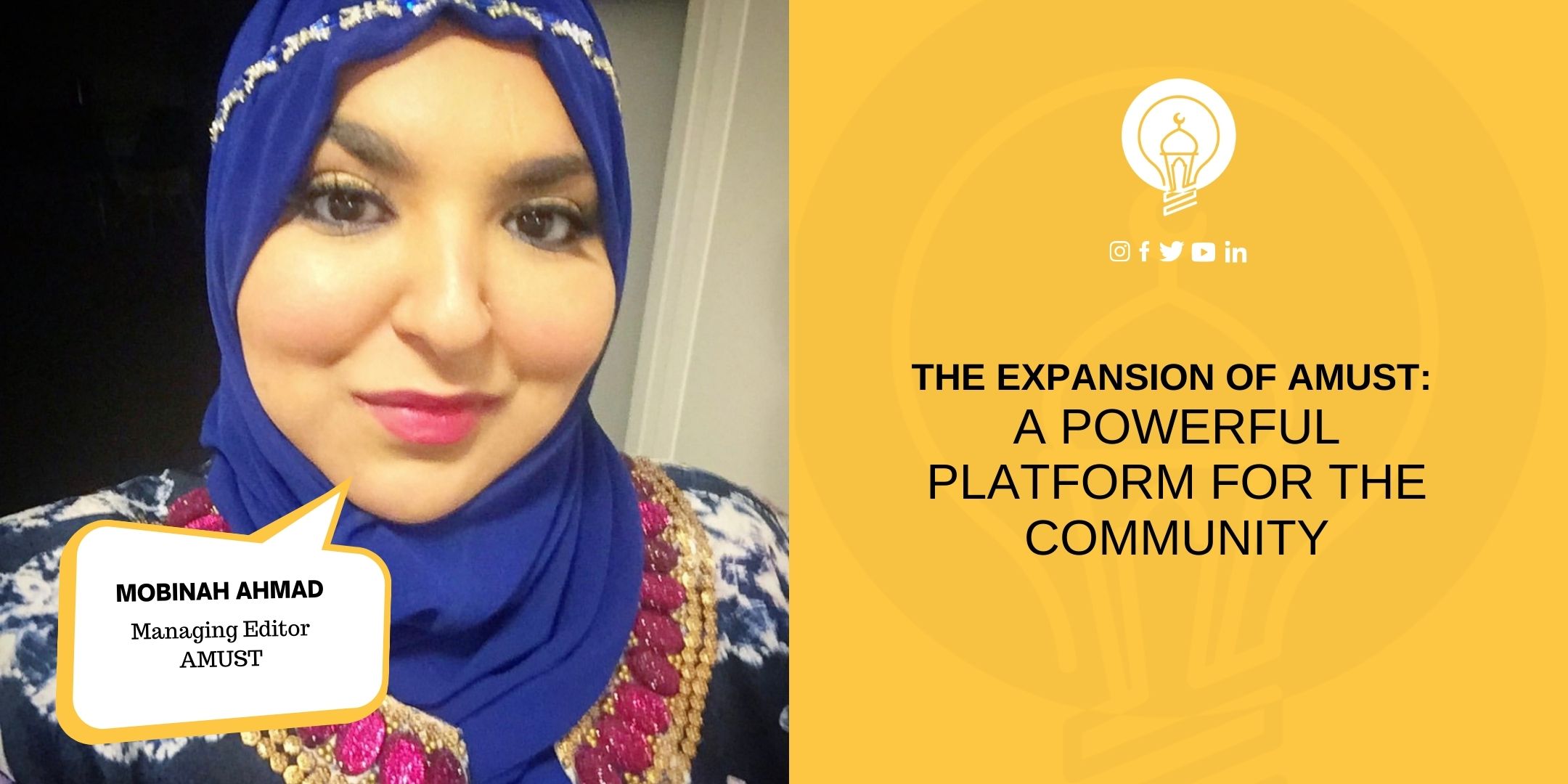 The expansion of AMUST: A powerful platform for the community

Mobinah Ahmad (BSc, BA, MA Digital Culture, MA Islamic Studies) is the Executive Officer of the Australia Arab Chamber of Commerce & Industry NSW. Mobinah is also the Managing Editor of a national community news platform, AMUST which highlights positive news and brings to light issues within multicultural communities. Mobinah is a mentor as part of the ISRA Muslim Women's Leadership Program where she provides holistic and personal approach to Mentoring. She is also in the management committee for Rahilah Muslim Scouts, also involved as a scout leader. Mobinah works as a freelance project manager to assist startups and helps businesses grow. She worked with the Australian Human Rights Commission, in Anti Racism and Islamophobia. Mobinah is passionate about looking at the connection between Islam and social media, which was part of her Master research.

Mobinah is a young community leader and is actively involved in multicultural and interfaith communities across Australia. She is well known amongst Australian politicians, community leaders, media and organisations through her work in organising the largest Eid festival in Australia, 'The Multicultural Eid Festival & Fair'. Mobinah was part of the executive committee for Dress For Success Sydney, a charity that helps underprivileged women dress for interviews and work. Mobinah has extensive experience in being a social media analyst and consultant, a professional photographer and filmmaker, multimedia journalist, project and event manager.

Muslim Faith Representation - Mobinah has participated in being the focus of two television documentaries on ABC Compass showcasing her Australian Muslim identity and her work for the community. Breakfast at Mobinah's (2009) was her story during Ramadan. Mobinah was also featured in the ABC's Hear Me Out (2017) discussing Fear, Ignorance and Islam in Australia. Mobinah also spoke to SBS about the Christchurch Terror Attack (2019).

Interfaith Representation - Holy Switch (2013) here she swapped lives with a Jewish girl and lived with a Rabbi and his family in Melbourne for 10 days. Mobinah was invited to share her views on Christianity: Part 1 and Part 2 (2019).

Friendship Theory - Mobinah has developed her very own socio-cultural friendship theory which went viral through a US podcast: Judge John Hodgeman Amicus Grief (2014) and also was featured on Australian Television on ABC 7:30 Report (2015) and Channel 10 which went viral again on a national and international scale, and a lot of news outlets picked up on it, News.com.au, Mamamia, Daily Mail UK.

Mobinah holds a Bachelor in Science & Arts (majors: Digital Media & Psychology) and a Masters in Digital Communication & Culture where she completed a thesis on Facebook privacy, user vulnerability and Australian law from the University of Sydney. Mobinah is currently completing a Masters in Islamic Studies at Charles Stuart University through the Islamic Science and Research Academy looking at applying traditional Islamic principles to social media. She completed the International Baccalaureate at Methodist Ladies College.

We suggest moving this party over to a full size window.
You'll enjoy it way more.
Close
Go Fullscreen