Understanding Mobile Apps and why it's important for Startups. 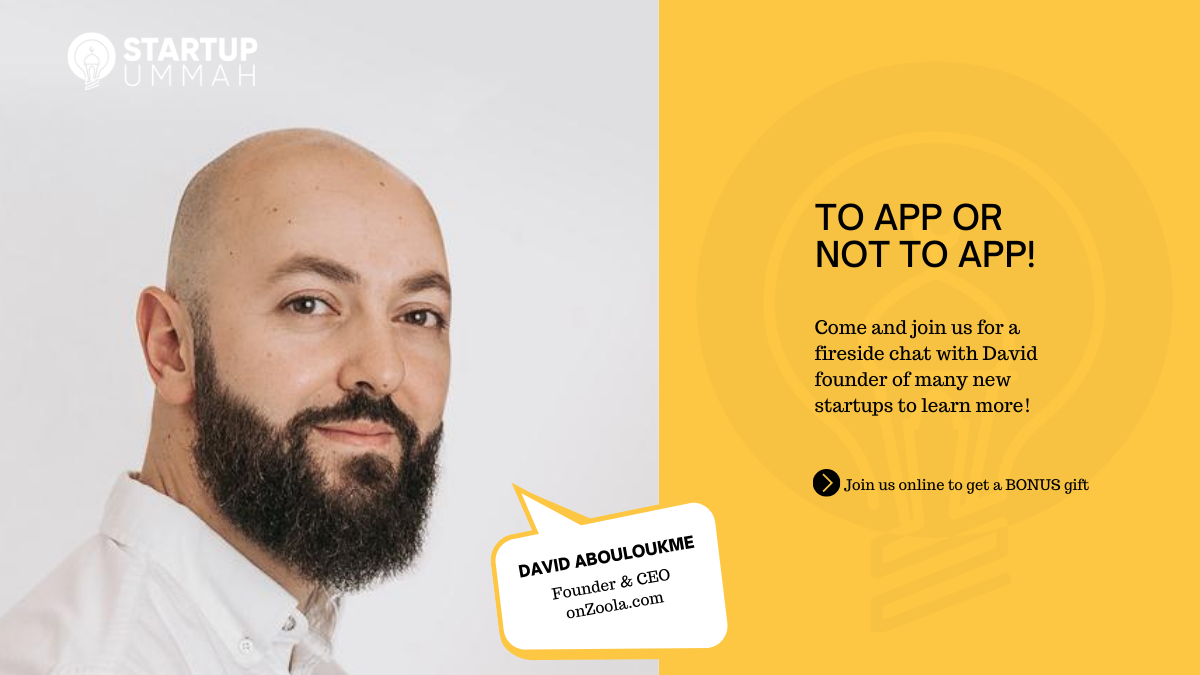 Meet our local guest David Abouloukme for a firechat around the topic of designing and developing a native App.

David Abouloukme is a creative designer with over 18 years of industry experience working with some of Australia’s largest corporations and leading brands such as David Jones, Commonwealth Bank of Australia, Subway and has also been commissioned to create work for 5 times Grammy Award winning and world renowned music icon Kendrick Lamar. David has developed a unique and strongly identifiable body of work.

In 2013, David founded Little Muslims which creates online educational apps for kids. Little Muslims has launched 2 apps into the market and has already close to 100,000 downloads worldwide. In 2016, David also founded i-Slam Basketball - an annual basketball tournament for youth and adults which has been running successfully for the last 4 years with an overwhelming response.

David is the founder of Zoola, an online Islamic Marketplace which was launched earlier this year. Zoola gives startups, small businesses and creative entrepreneurs a platform to launch their products into the ecommerce world with ease. Zoola will also allow consumers from around the world access to buy bespoke Islamic products online. Zoola wants to help and empower small businesses to grow and achieve that financial success or freedom they are after by starting up their own business.

With the passion of design and the love for the community, he is now the co-founder of Just Add Water International, a humanitarian organisation that focuses on clean and safe water. David is constantly thinking of how to create new possibilities for the future of the Muslim community.

This firechat is proudly brought to you by

We suggest moving this party over to a full size window.
You'll enjoy it way more.
Close
Go Fullscreen